In the context of ensuring the implementation of the best health and safety standards and awareness, Dubai Municipality, in coordination with its strategic partners on Friday morning, 23 November 2018, organized an exercise for a catastrophic accident due to the breakage of a main sewage line in the tunnel area between Rabat Street and To raise the level of readiness to deal with crises and disasters by government agencies in the Emirate of Dubai.

“In line with the Municipality’s vision of building a happy and sustainable city, and in order to raise the level of readiness to deal with crises and emergencies, we have successfully carried out a successful exercise in cooperation with a number of government departments,” said Eng. Rida Salman, Head of Emergency and Corporate Crisis Team and Director of Health and Safety at the Municipality of Dubai. In the Emirate of Dubai, and this experience is in line with the directives of the Government of Dubai and its efforts to ensure the implementation of the highest standards of safety in the Emirate, to ensure the preservation of life and property, stressing the keenness of the Municipality of Dubai and its concern for the safety and security of members of the community in different categories.

The experiment was characterized by a high frequency of attendance at the event site. The team was very careful about the matter. The team members did not show any movement of what was being planned until it was normal. At 6:00 AM, Due to the error of a contractor doing excavation work in an infrastructure project in the area adjacent to the tunnel. At this moment, the municipal response team appeared and its members wore distinctive badges and the team leader activated the crisis and disaster plan through the contact center of the Municipality of Dubai by contacting the Civil Defense, Dubai Police and Dubai Electricity and Water Authority (DEWA). The seriousness of the report was confirmed, and the accuracy of the data. In a few moments, the civil defense teams and the Dubai police arrived in the area and were combed in full in search of casualties. Have arrived and make sure the team does not exist

The Dubai Municipality oversaw the preparation and leadership of the exercise scenario with the aim of creating teams to respond to all field requirements and to ensure that the procedures to ensure their safety and public safety are followed up and prepared for the purpose of reducing injuries, deaths and damage to such cases and identifying any needs. Or development of the participating parties, as well as to identify the challenges to be overcome by assessing the response processes and coordination of the field and fill the gaps and shortcomings, so that everyone will eventually be on standby if any real incident similar to the scenario Which was to break a 1,200-millimeter sewer line under high pressure 4 bar, causing water to leak into the adjacent tunnel, cramming a number of cars and passengers into the tunnel, and the possibility of water impact and soil erosion of services in the area.

During the evacuation, the emergency team members responsible for handling the case closed the sewage station equipped with the line, closed the rainwater drainage stations, and located the breakage site to limit the water in the line according to the technical procedure for the emergency cases. 2800 cubic meters. At the same time, the road crew and the security personnel closed and diverted the tracks and cleared the roads of the civil defense vehicles, the police and the ambulance to facilitate their access to the site where the site was secured and closed.

The experiment also included the rescue of two suffocated persons and the activation of the Civil Defense Field Disinfection Unit where the injured were evacuated before being given first aid. They were taken by ambulance to the nearest hospital. Civil defense officers managed to find three persons trapped inside their car, Meanwhile, the contractor arrived at the fracture site and started repairing the broken line.

At the end of the experiment, the Municipality’s waste team participated in the restoration of the situation. The meeting of the municipality and the supporting bodies was also held to identify the causes of the accident and identify positive and negative points in the response to the incident.

It is worth mentioning that Dubai Municipality is one of the first government departments to develop an emergency and crisis response system and has a policy of risk management and emergencies that periodically occur according to international best practice.

At the end of the exercise, the head of the emergency team and the institutional crises of the municipality thanked the strategic partners represented by the General Command of Dubai Police, the General Directorate of Civil Defense in Dubai, the Dubai Foundation for Ambulance Services, the Roads and Transport Authority, the Electricity and Water Authority and the National Crisis and Disaster Authority for their outstanding participation in this exercise. And stressed the need to strengthen the spirit of cooperation between the participating parties to ensure the safety of society and residents of the Emirate. 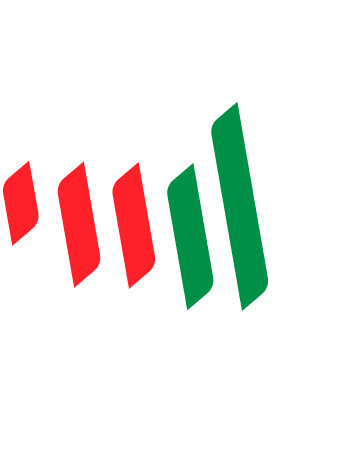