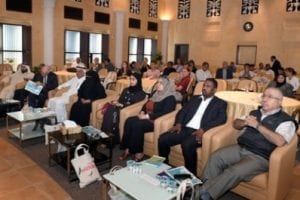 The Board of Trustees of the Mohammed Bin Rashid Arabic Language Award on Wednesday announced the launch of the 5th cycle of the international Arabic language award, which attracted more than 1,300 nominations from 80 countries around the world, including non-Arabic speaking countries during the last cycle.