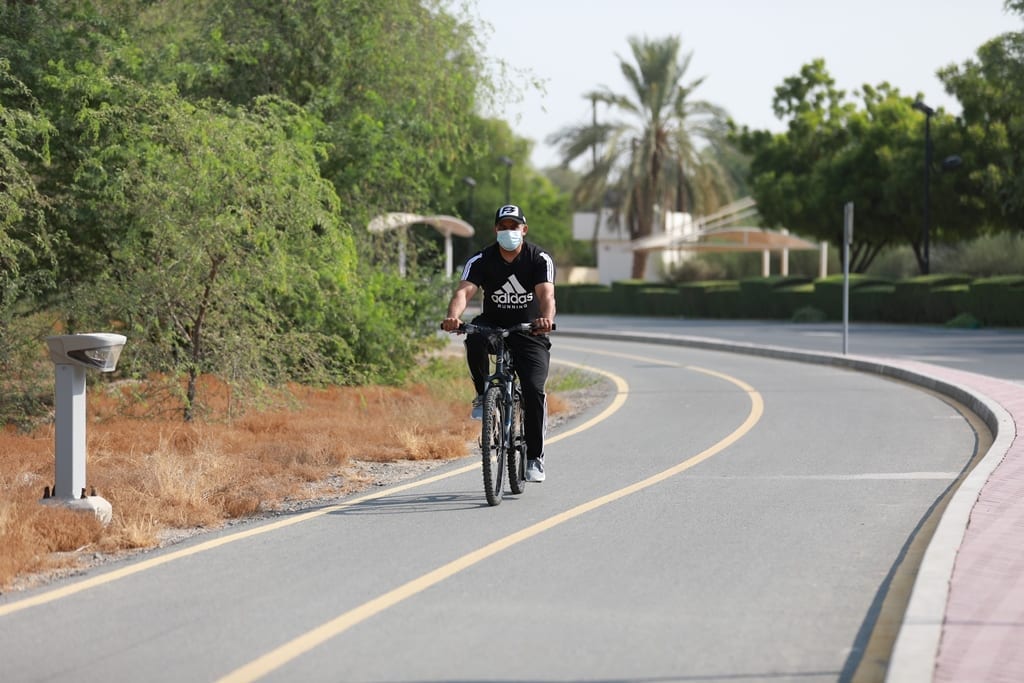 Dubai Municipality has announced that it has opened Mushrif Park to cyclists every day from 6 am to 9 pm free of charge.

The move is part of the Municipality’s plan to provide special lanes in its parks for cycling enthusiasts and in implementation of the directives of His Highness Sheikh Hamdan bin Mohammed bin Rashid Al Maktoum, Crown Prince of Dubai and Chairman of the Executive Council, to transform Dubai into a bicycle-friendly city, as well as to encourage residents to ride bicycles safely.

Dubai Municipality has provided exclusive tracks in Mushrif Park to host cycling enthusiasts, and the park doors are open to the general public at the previously announced times without any change.

Dubai Municipality has urged cyclists to wear helmets and use only the bicycle track and not to ride on the pedestrian paths. It is not allowed for more than one person to sit on the bike unless it is designed for this. The cyclists are also urged to use the front and back lights, especially during the evening period, with the need to adhere to all precautionary measures.