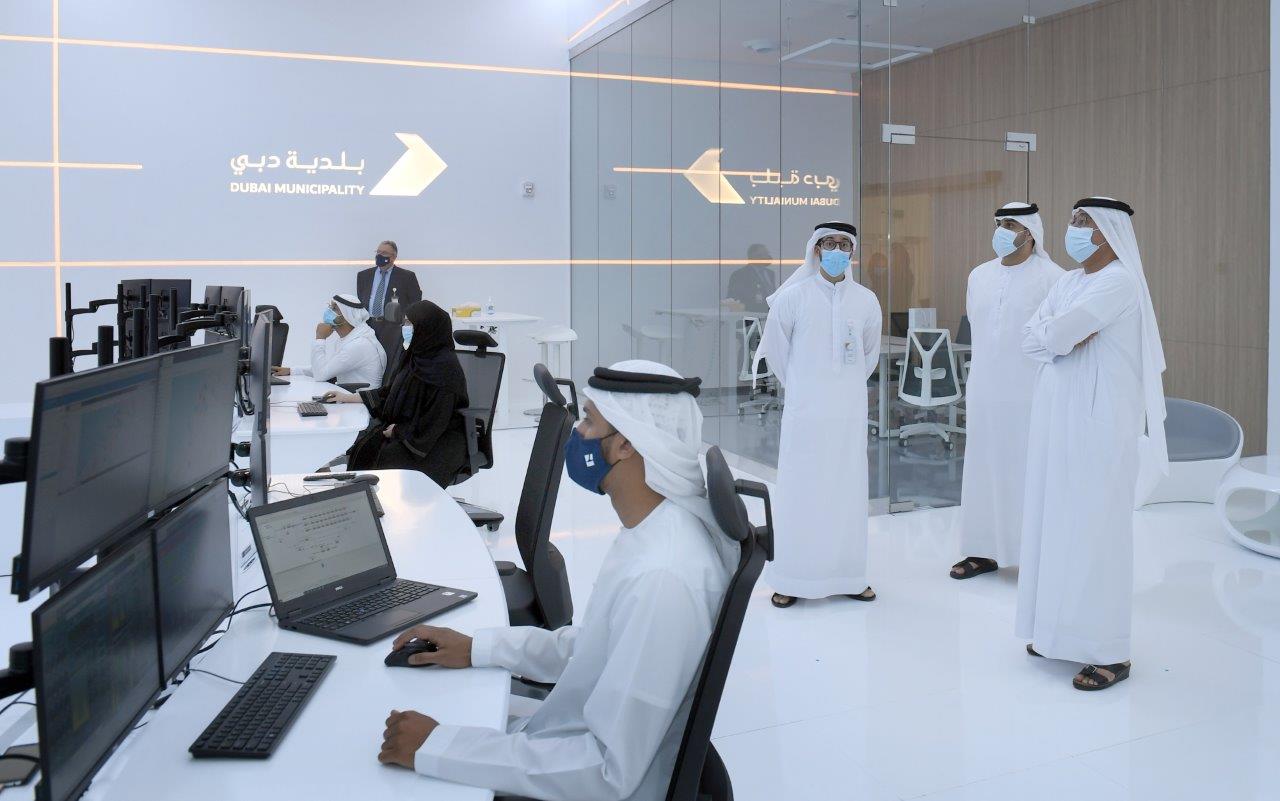 Dawoud Al Hajri, Director General of Dubai Municipality, inaugurated the remote control room system at the Sewage Treatment Plant in Jebel Ali. He was briefed on how the remote control room works in the comprehensive monitoring of the sewage system, and the operation and control of its various components, which include sewage lines, valves, pumps, electrical distribution panels and others.

Al Hajri listened to a detailed explanation on the safe control of the system, which greatly contributes to the speed of taking the necessary technical decisions in the event of detecting any fractures in the network lines or faults in its valves, pumps and other components.

The huge sewage system, which was established by Dubai Municipality with full government support, had to have remote operating and control systems due to its size, spread and breadth, which makes its management and operation difficult without keeping up with modern systems and smart applications.

The the components of the sewage system in Dubai have long sewage network lines of different diameters amounting to 3 million linear meters, while the number of sub-pumping stations is 56, corresponding to 10 main pumping stations and two sewage treatment plants in Jebel Ali and Warsan.

It is worth noting that the remote monitoring and control system allows obtaining a comprehensive database that enables supervisors to analyze data and submit reports related to it, and move towards taking the right solutions immediately, in addition to developing and planning maintenance programs, which contribute to achieving the optimal use of the properties.

The automation and smart applications have become the title of success for government establishments, entities and departments, of which Dubai Municipality is one of the major ones. The remote control system for the management and operation of the sewage system has become a guarantee of success and efficiency of this basic system. It greatly contributes to preparing and implementing annual work plans of programs and initiatives in line with the Municipality’s strategic plan, and to measure performance indicators for the outputs of these plans and initiatives.
The system also helps to establish and implement development measures to ensure the achievement of goals, to ensure its readiness to work according to its operational capacity, in addition to the clear role in informing the concerned organizational units about any technical faults or defects in the sewage pumping stations and surface water stations, which are monitored through remote control systems, and monitoring the immediate treatment of these faults and defects, as well as continuous coordination with the concerned organizational units and taking the necessary actions to enable it to carry out the necessary preventive or corrective maintenance work.

Al Hajri also reviewed the features of the control room systems and the role of its employees in analyzing data, preparing periodic reports and submitting them to those concerned, and developing these reports in line with the needs of the concerned organizational units, as well as responding to emergency situations such as the disruption of the sewage system and directing the concerned teams and providing them with data continuously and implementing the directives issued by the concerned officials, and other tasks.

He was also briefed on the simulation system of treatment plants, which provides the opportunity to apply wastewater treatment operations on the virtual system before implementing them and applying them in reality, which ensures achieving the best results in the implementation of these processes and thus achieving the success of the application and safe use.